On July 15th, the Lumbee Tribal Council agreed to the passing of a Lumbee/Upstream Resolution. The resolution outlined Upstream’s mission to eliminate barriers to same-day contraceptive access and its alignment with the Lumbee Council’s responsibility to protect the Lumbee Members way of life as it relates to maternal health, infant mortality and contraceptive care.

Maternal mortality among Native American women continues to be high, and a 2017 report from the North Carolina American Indian Health Board and Office of Minority Health and Health Disparities found that almost 1 out of every 100 Native American children die at infant age. We know that contraceptive care is one piece of the puzzle to help improve maternal health.

The Lumbee/Upstream Resolution served as one step forward to helping Native American women in North Carolina get the contraceptive care that they deserve. This resolution was the culmination of outreach efforts by Upstream and our North Carolina Tribal Liaison, Rebecca LaClaire. Rebecca, a member of the Lumbee Tribe, supports Upstream’s engagement with the Indian, Tribal, and Urban Indian (ITU) Healthcare System. She has 20 years of experience in Tribal Affairs, including being a Commissioner of the NC Commission of Indian Affairs, and as we recognize Indigenous Peoples Day this week, we spoke with Rebecca to learn about some of the unique issues that Native American women and girls face when making decisions around their reproductive health.

What brought you to this line of work?

As Native American women, we are often the matriarchs of our families but as time has gone on we’re not matriarchs anymore. We call ourselves colonized. The changes in our Native American culture is from colonization. Tribes are more understanding of preserving our culture but we have a way to go with making our women matriarchs again. We sort of walk the line of two worlds, our tribal life and our regular life. Because of that, one of the few things that affect Native American women is being recognized for the work that they do, especially in leadership roles.

Contraceptive care access is also a serious issue for Native American women, especially for those who live in rural areas where many Native Americans tend to live (although some of us live in urban communities). Just getting to the doctor may take 30 minutes to an hour. Being able to walk to a doctor’s office is not going to happen. So access is a huge issue. It’s often hard to find someone in leadership who can say I hear your concerns. It is hard for us to be heard, period.

Why is it important for us to make sure that we focus on Native American women and girls in North Carolina?

Mainly because we have been forgotten. Some people still don’t know that Native Americans even exist in the United States. We can be looked at as women, but sometimes not specifically as Native American women. That knowledge and awareness is needed. We haven’t been left in the past, we still exist. We carry so much culture and knowledge that can’t be duplicated or replicated anywhere else, not with Native American men or other women from other nationalities.

What are some important nuances to understand when it comes to Native American women and reproductive health?

For some Native Americans, the only access that they get to any kind of care, including contraceptive care, is through Indian Health Services, which is mandated by the federal government. Even though Indian Health Services is really good now, in the past they had a history of horrible practices. So, there is generational trauma that women face when it comes to contraceptive care that could block them from wanting to go to the doctor.

A lot of us are very educated and independent, but yet we do not have access to contraceptive care or we have to get permission to receive it. We have to get permission from religious professionals, spouses, or parents. And even then, we have to cross a stereotype barrier. There are people who assume that if you need contraceptive care it’s because you’re really sexually active. These are stereotypes and issues that go back generations.

If you get the flu, you go to the doctor to get medicine. But if you’re sexually active or want contraceptive care, it’s not looked at the same. There are other steps and permissions that need to take place before you begin your contraceptive care when in reality it should be the same steps as when you have the flu.

What is it about Upstream’s work that you believe is important for Native American women to know?

Upstream’s message that every woman should have the right to decide when or if they want to become pregnant is a powerful message, especially if you don’t have access to contraceptive care. For somebody to say “you do have the right to care” means a lot to Native American women because they don’t always feel like they have that access.

What are some resources where people can learn more?

This is the third post in our Maternal Mortality Series. Our first blog covers the testimony Upstream gave to the U.S. Commission on Civil Rights. The second blog covers how disappearing midwifery and black maternal death are connected. The testimony, and the blog posts, highlight our mission is to ensure that all patients have equitable access to the birth control of their choice which has a hand in maternal mortality. 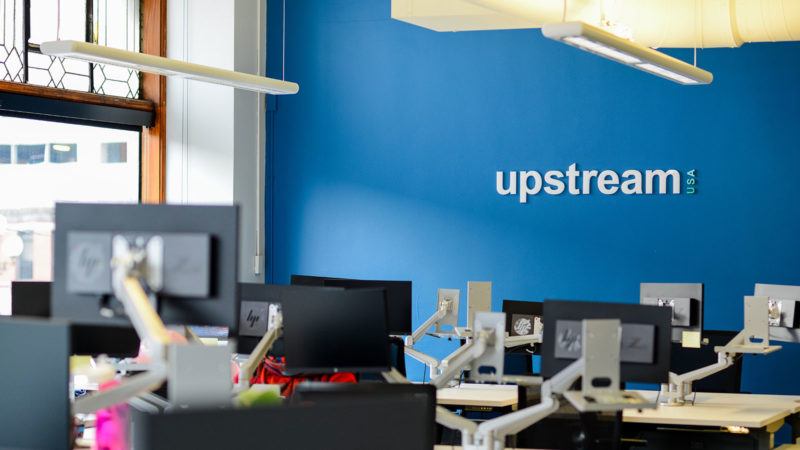